I had another go on the silver field. Third target out was silver, likely a watch back, it just has the lion mark. Next up was a collar badge of the 18th Battalion (Western Ontario) Canadian Expeditionary Force who embarked for Great Britain on 18th April 1915 and disbanded in 1920. So a good start with those two. 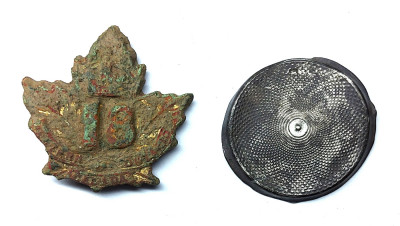 Gridding an area produced a few coins, a bull nose ring, a chunky barrel tap key and a WWI (Not from 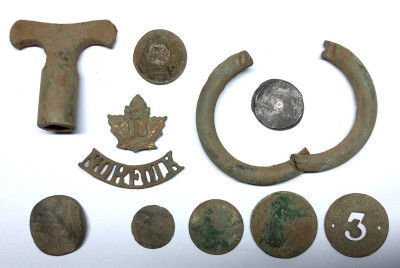 There was George III halfpenny love token with J and R stamped on it, likely dating 1770's. 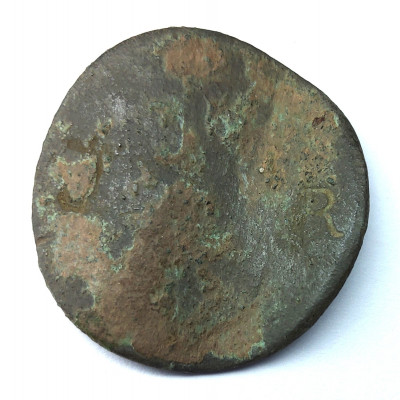 A head to maybe compete with Kenleyboy's profile pic? 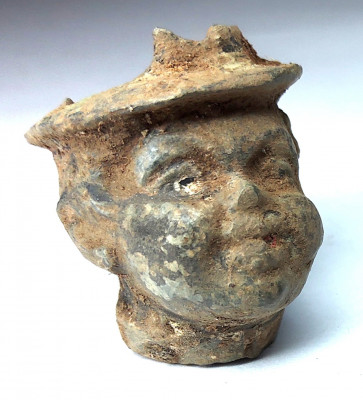 62 targets dug but it seemed like a lot less at the time.
Good things come to those who wait.
Top

That looks like maybe a pipe tamper head?
Or possibly a baccy jar or tea jar?

Anyways, that field is the field that keeps on giving fella

You must be slim as a beanpole with all that digging