Hello.
I have attempted to take some better pictures of the roman coin I found on Sunday - hopefully they will help withan ID.
Also snuck in another one that I found a few weeks ago (the larger of the two.)
Many thanks for looking.
Cheers. 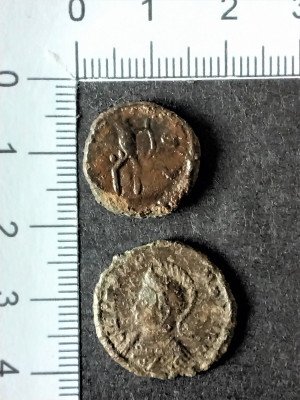 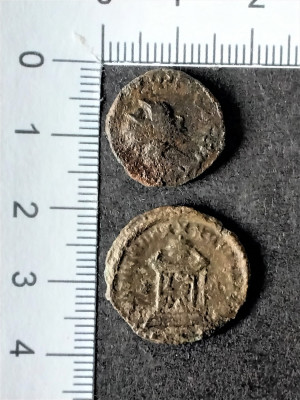 I have yet to find a Roman coin with accent amount of detail, so very envious indeed!
Top

I think your barbarous coin is Probus

I'm fortunate - some pretty good ones turn up on my permission. Sometimes take a bit of cleaning, but there seem to be quite a few around.
There's the remains of a Norman castle just a stones throw away, and my theory is that perhaps there was a Roman encampment there earlier.
Could those nail things I keep finding be hob-nails?

Do they give a non-ferrous response?

Yes, absolutely. Which probably means they are not hobnails! Also, (having just Googled) I see that nobnails were not so rounded.
Perhaps these are more likely to be upholstery nails or similar?

Roughwood wrote: ↑Fri Jan 14, 2022 9:49 am Yes, absolutely. Which probably means they are not hobnails! Also, (having just Googled) I see that nobnails were not so rounded.
Perhaps these are more likely to be upholstery nails or similar?

I found with the Etrac they would give a solid nice tone (in range) most of the times , but would also have the iron squeak attached to either end of the signal
I think this is down to the pointed end and a semi pointed head too, which can give a minelab (and potentially the D2 now with multi frequency) an ferrous sounding signal, with a good signal combined
I found the weakest signals came from nails that were curled around

Another possible issue for a dodgy signal on a hobnail could be due to them going through an iron plate in the boot, so once that rusted away it would leave iron flakes/residue which the machine is also picking up

Interesting observations.
Here are a couple more pictures (not too great) that may help. 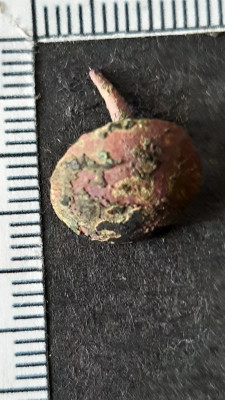 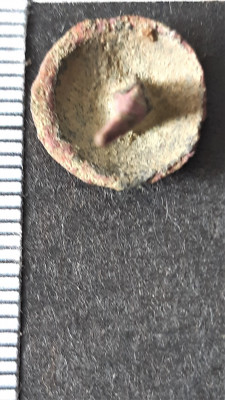